After yesterday's post about what is MGTOW, I thought it would be an idea to put up some other quick examples of cultural meta-game that was mentioned. In addition to Men saying "no" to women and them being in control of their own lives.

When Return of Kings runs a series of hashtags like: #fatshamingweek, #backtothekitchen, etc.

When Aaron Clarey writes books like: Worthless and Enjoy the Decline. Also putting up a message of: "Don't go to see Mad Max: Feminist Road."

When Captain No-Marriage puts up a post swearing about some useless bitch who frivorced her husband and then had a whine about it on Huffington Post - because she was looking for social validation from teh wimminz. (He's even angrier than I am.)

When an unknown group puts up posters saying "Pretty Little Liar" with mattress-girl's image and the hashtag #rapehoax. 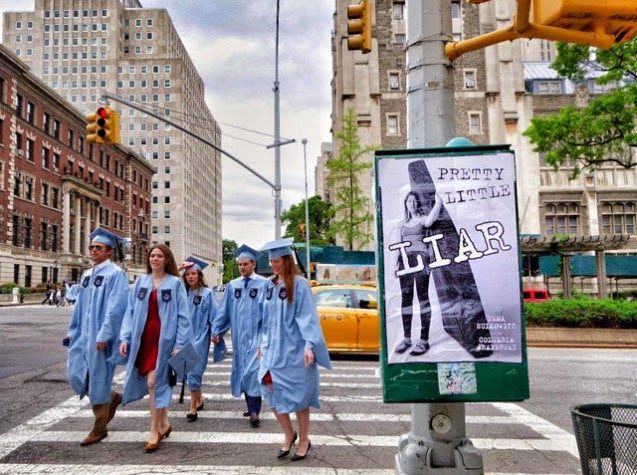 (Though I take exception to the word "pretty" - plus she's still socially irrelevant, especially on the meta-level.)

When various bloggers (whether religious or not) of both sexes put up posts about "traditional" marriage and the like.

When we do any of this. We are using cultural meta-game to strike at the roots of feminism/leftism/Marxism that is causing the decline of Western civilization and society.
Posted by Black Poison Soul at 13:50