Big Brother Is Doxxing You

You want to find out everything about someone? (Police arrests, family, history of living locations, sex offenders list, etc.)

Not free, of course.

No stalkers will ever use it, of course.

No serial murderers will be interested, of course. ("Find me the location of all Sarah Connor's in Los Angeles.")

No criminals will use it for identity theft, of course. (Or answering the "what is the name of your cat" question to get into your email.)

Nothing could possibly go wrong!

Brought to you by Crap-Colored Glasses™, only $1k the pair and cheap at 10x the price. (I really should raise my prices. Maybe I should create "Crap-Colored Glasses™ Consulting", just for fuckin' laughs.)
Posted by Black Poison Soul at 07:09 2 comments:

I have been thinking for a while, about the concept of consent. On a very sub-rosa level mostly, given various dribblings from Feminazism in the past re rape and consent and suchlike. It boils down to the old and very sensible maxim:

You can't rape a willing woman.

The fact that she changes her mind after the fact of consensual sex does not change what happened. It was consensual sex. Never mind the insanities of the left and feminazis and the white knight brigade and etc.

A few weeks ago a girl I know had a little bleat about Fifty Shades of Limp-Wristed-BDSM. She proclaimed to all-and-sundry that she'd not read it (yeah right) and said that what bothered her (aka got her all hot-and-horny bothered) was the non-consenting nature of it. (She hasn't read it, yet the non-consensual nature bothered her. Mental disconnect.)

This is on an individual level.

Step back and take a look at a cultural level.

Aaron Clarey has an excellent piece on why he doesn't care about the latest London terror attack:


Before you accuse me of being cold, heartless, evil, or a psychopath, understand the point of this post is one akin to the Serenity Prayer. A very important philosophical epiphany many people never realize, but should as it is vital to their psychological well being and mental health. It is one of accepting reality and not getting worked up in the world of theory. And the London attacks, like previous and any future terrorist attacks, are/will continue to make my point until the point in time something is actually done about Islamic terror. And I strongly suggest you set aside emotions, politics, and even your own sense of self-survival to clearly see and hear the point I'm trying to make.

First, "What is it this time?"
Be it the Nice attack in France.
The bombing in Germany's market square.
The Boston marathon bombing.
The Cologne sexual assault party.
The Orlando gay night club shooting.
Or
The hotel bombing in Mumbai.

It's very apparent that nothing new is going to happen. The media will immediately rush to say it wasn't confirmed that it was a Muslim who did this. Then, when it's discovered it was, they will rush out to say Muslims fear a backlash in their communities before the bodies get cold. There will be furor on the internet on the right demanding we "do something about this." And people on the left will rush to say it's racism to point out the attacks came from Muslims.

But in the end NOTHING different will happen.

In this he is 100% correct. Nothing different will happen.

Because the Western world is - at least on some level - 100% aware and fully-consenting in it's own suicide.

Sweden. Norway. Germany. The USA. If they were not suicidal, they would stop it.

A bullet to the back of the head. No problems. Finis.

You are simply being realistic. These "victims" are fully consenting "adults" in their own self-destruction. On a deep level I think that they are fully-aware of it also.
You don't get paid to keep them from committing suicide. You don't get points for keeping them from committing suicide. They have the full right - muh freedumb! - to commit suicide.

On that deep level, inside themselves, they are so miserable on an existential level that they are 100% okay with committing suicide. On that deep existential level, they are quite happy to help their fellows commit suicide also. This is why they scream and rant and froth at the mouth whenever someone attempts to stop them.

What they don't have is the right to commit murder, of you and your family and friends. So protect yourself and avoid the suicidal. Let them die on their own.

In the face of such overwhelming idiocy, let them have at it. Just keep your distance and treat it as a filter, allowing only those who are not suicidal into your lives.

Remember that 99% of the world is retarded. You don't have to allow them under your skin, or into your lives. (Stoicism? Hmmm.)

Good luck and live well.
Posted by Black Poison Soul at 08:16 No comments:

Training and Breeding for Sexual Dysfunction

From Captain Capitalism, about Millennial women:
It is worth listening to, simply to understand the thinking of most of these women. This includes all women - Gen X, Gen Y, the Millennials, and the generation that is being brought up right now.

The brainwashing is real.

The worthlessness is real.

Do not feel bad for these arrogant and moronic retards.

So even though I'm a MGTOW, as Aaron says, I do keep a line open. Not jumping at the retards though. They're too stupid to be attractive. "I have a bag" - yeah. Wonderfully attractive. Enjoy their misery as they go through life and shake your head at their stupidity and do your own thing.

So stepping back - where does this stupidity begin?

Right from the beginning. Feminism and leftism and stupid education. Brainwashing. When the lure of a piece of paper is more important to these retards than bearing children and having a stable life and home.

You can think about it in this manner - there are three types of women in this world.

Girlfriend: you definitely won't meet her as a slut or fucktoy. The J.O.B. isn't about the piece of paper or the handbag or whatever. The J.O.B. is simply to keep her alive and going until she finds the right man. She is your genuine unicorn aka NAWALT, and as I've written you might run across a couple of these in your lifetime. If you didn't find her when you were young - too bad.

So, where the stupidity begins. Brainwashing at the modern schools coupled with overwhelmingly stupid peer-pressure from the retarded other wimminz around them all.

See the world around you now. Back in my day, kids started experimenting sexually at 11-12yo. It's simply human nature and curiosity. This sexual promiscuity starts naturally young. When harnessed and yoked it built Western society.

Now there is not really much to strive for (whether because sex is too easy to get or the women aren't worth having) and many young men are simply checking out of the process of Western society. Which is why we are in decline. Even I have pretty-much checked out, having given up on owning my own business, having given up on making loads of money.

There is flat-out no point when there is no woman worth having and it's getting too late to start having children anyway.

Going back to the harnessing and yoking of human sexuality to build Western society. Camille Paglia and her comment: If civilization had been left in female hands, we would still be living in grass huts.

Some 20 years ago I knew a girl who started having sex as an 11yo. She caught an STD and became sterile. Once she was a 14yo her mentality was: "Yay! I'm now legal!" No money coming in, life not even started, and she's way past gone. Already through the grinder and a biological and evolutionary dead-end. Attractive as fuck? So damn what? A dead-end.

These days it's worse. In schools, children under 10yo are being taught the various flavors of sexuality. LGBTQ-what-fucking-ever. Sensitivity training. Special toilets just for those who identify internally as what they aren't actually in a biological sense.

A know a girl who is basically tattoo'd trash. She has an 8yo son. He has a little female friend. "Don't worry mummy, I won't leave you. I'm still a homo." A fucking 8yo boy who has been brainwashed already to be/think that he's a homo. She just loves-loves-loooooves her little bear. (In literally those nauseatingly gushing terms, vomited all over facecrap.)

Take a modern girl-child at 10yo. Look at her. Then look at a modern 40yo Gen-X woman.

I actually have vastly more respect for a Gen-X woman who honestly tells me that she has had something like 20 different men in her life.

Probably not all, no. A vast number, though. There will be the occasional unicorn/NAWALT. There are the occasional girls who won't fall to the bullshit and brainwashing and peer-pressure. Don't hold your breath.

That whore. That sterile girl. Mentally dysfunctional. Fucked in the head. Emotional messes. The whore, if she is still alive, might have a child - also fucked in the head. Because most single mommies pass that down to their children. A whore with a drug problem? Yeah, right, that kid isn't going to have an emotionally stable upbringing.

We are more than tolerating this insanity. We are actively training and breeding for it. "You go girl." Going back to the grass huts, where the morons fuck around and drama and horseshit is the end-all of life, and the lazy-yet-attractive men are the only ones who have kids.

Getting worse. She haz a handbag. Ooohh, yippee fuckin' skip, how fuckin' exciting and meaningful her life iz.

What can you do? 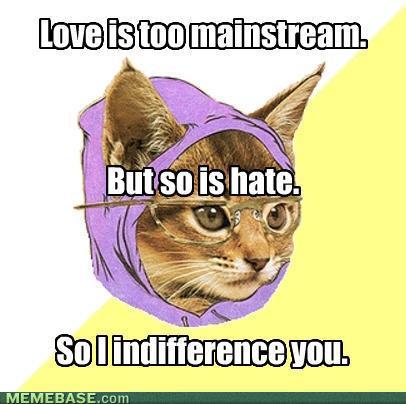 That 10yo would do vastly better in life if she were groomed for one special (older) man as a wife. Which they used to do, when they married girls off before 15 if at all possible.

But then, that's why they used to marry young girls off early, didn't they? None of this nicey-nicey feelgood crap about human sexuality and reality. They knew the score.