No, not just because it acts as narcissistic supply for the typical modern whore.

No, not just because it's filled with banality.

It's because everything you say can and will be used to destroy your life.

It's because of people like this entitled bitch using it as a platform for her lies to destroy a Nobel Laureate's career (I'm cherry-picking from the article, read the whole thing for yourself):

On Monday, June 8, a British academic called Connie St Louis uploaded a sensational document to her Twitter feed. Beginning with the question ‘Why are the British so embarrassing abroad?’, it offered an account of bizarre remarks that a Nobel Prize-winning biologist by the name of Sir Tim Hunt had made earlier that day at a conference in Seoul, the capital of South Korea.

Within hours, Sir Tim was being hauled across the coals in newspapers and TV bulletins across the world. Unable to defend himself, since he was travelling back to the UK, the bespectacled professor’s only response was delivered via a voicemail message to Radio 4’s Today programme recorded in haste via mobile telephone in Seoul airport.

Then, early this week, the simmering dispute took a further, seismic twist.

It came courtesy of The Times newspaper, which revealed the contents of a leaked report into Sir Tim’s fall from grace compiled by an EU official who had accompanied him to the Seoul conference.

This individual, who has not been named, sat with him at the lunch and provided a transcript of what Sir Tim ‘really said’.

Crucially, it presented a very different take to the one which had been so energetically circulated by Connie St Louis.

Strangely, given that there were more than 90 other journalists present at the fateful lunch in Seoul, no other detailed accounts of the toast have emerged.

And then it turns out...

Perhaps, therefore, we should ask two other related questions: who exactly is Connie St Louis? And why, exactly, should we trust her word over that of a Nobel laureate?

A good place to start is the website of London’s City University, where St Louis has, for more than a decade, been employed to run a postgraduate course in science journalism.

Here, on a page outlining her CV, she is described as follows:

‘She presents and produces a range of programmes for BBC Radio 4 and BBC World Service . . . She writes for numerous outlets, including The Independent, Daily Mail, The Guardian, The Sunday Times, BBC On Air magazine and BBC Online.’

All very prestigious. Comforting, no doubt, for potential students considering whether to devote a year of their lives (and money) to completing an MA course under her stewardship. Except, that is for one small detail: almost all of these supposed ‘facts’ appear to be untrue.

All neatly illustrating that the herd as a whole is as stupid as bricks and doesn't deserve a voice (in fact the majority of these morons need to be muzzled).

Also neatly illustrating why anyone who uses FaceCrap, Twatter, and InstaCunt on a regular basis should be trusted almost as far as you can spit a mouthful of fishhooks.

Finally, very much illustrating how even academia will turn on each other in the moment that any kind of leftist distortion of an unfavorable type gets mentioned about any one of their own members - even one of decades good standing and tremendous contributions to science.

Oh, here's a picture of the award-winning freelance broadcaster, journalist, writer and scientist entitled bitch who started this shit-storm of what appears to be lies: 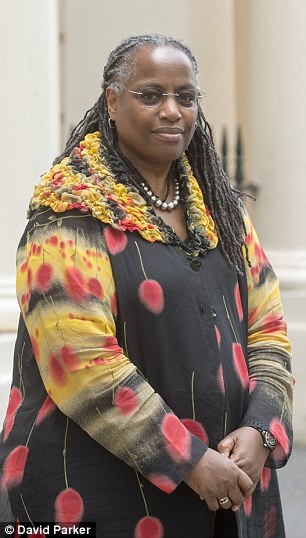 You may have heard of the Antikythera Mechanism. It's an ancient analog computer which was designed to predict astronomical positions and eclipses for calendrical and astrological purposes. Also for the Olympiads, the cycles of the ancient Olympic Games. (From Wikipedia.) Yeah, they had brass gears and the like before 100BCE. It wasn't until the 1300's that they got "reinvented" again.

You may not of heard of Hero, though.

In case you didn't hear of him, the Greek inventor Hero (Heron) first invented the steam engine (the Hero engine, or aeolipile) in 10CE. Now, there wasn't much bloody use for it in Alexandria so it never really took traction as it were. Until you realize:

The ancient world had a number of rudimentary railways. Of course trains didn't run on them. They were grooved paths which had vehicles pulled, probably by a mix of horses/humans/gravity. The most famous was the Diolkos, crossing the narrowest section of the Isthmus of Corinth and allowed ships to be quickly transported overland. It operated from roughly 600BCE and was still going in the time of Hero. 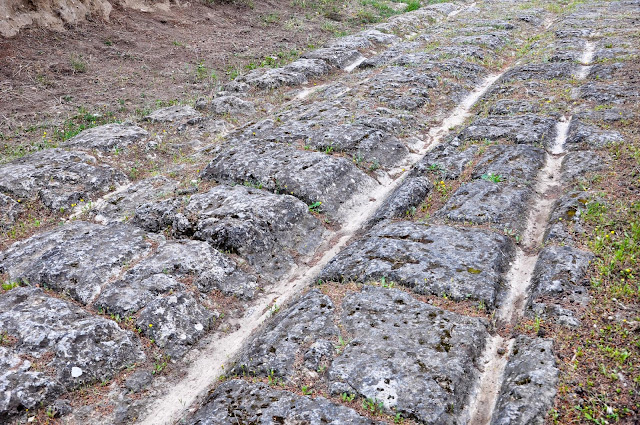 If the two - steam and railways - had been combined, goodness would have happened.

Hero also created basic robotics. He mostly used his automatons to put on plays. His biggest achievement: a completely automated play that lasted for more than ten minutes. Supposedly each segment of the play had two different settings and could do different things depending upon how it was arranged (binary, anyone?). Apparantly it wasn't bad either, according to: Techgnosis: Myth, Magic & Mysticism In The Age Of Information.

Hero was not just an engineer - he was supposedly brilliant at mathematics and a great theoretician. He came up with the basics of Fermat's principle. He came up with the basics of optics which supposedly weren't improved on for a thousand years (by the Arab scientist Alhazen). He discovered Hero's formula and imaginary numbers. He played with the Pyramidal Frustum (here's the Wolfram|Alpha link if you're so inclined - it's basically a pyramid with the top chopped off).

He may even have invented wind-powered machinery. Nobody's quite sure about that. There just doesn't seem to be much in the way of information about them before he showed up.

(A source for Heron is here.)

So, 2000 years ago a prototype steam engine was created. Then what happened? Civilization declined.

It was 1600 years before the steam engine was effectively reinvented and put to use.

If we would stop listening to the banality of the herd, who are concerned only with their preening fucktardisms and the latest stupidity from the Cuntdashians, we might have traveled to the stars by now. We might have colonized other worlds. We wouldn't be limited to a single planet that we are currently polluting in various ways. We wouldn't be in the social situation where we are now.

Social media - the voice of the herd - sucks.
Posted by Black Poison Soul at 09:54