This is for some of the Men out there who are like me: divorced. Though I suppose that the widowed may also feel this, in a somewhat different manner.

What I call a phantom pain.

This phantom pain could be thought of as an itch, like someone gets in an amputated limb. Or it might be the ache of an old bullet would, or a broken bone. An itch, an ache, a pain of something missing, or you can suddenly feel again something that you thought was long-gone.

It can manifest in many ways. A feeling of something absent. An actual itching that you want to scratch. A phantom squeezing sensation.

For me, it typically manifests as one of two things: an absence where I used to wear my wedding band, or an itching in the same area. The times when it manifests as a phantom squeezing sensation - those are bad times.

Any - all - of them can really drive me mad at times. In a good way and a bad way. It's strange how paradoxical the depths of the mind can be.

"Like a splinter in your mind - driving you mad."

A blue-pill red-pill analogy of The Matrix is ironically and frighteningly accurate at times.

I liken to this to how a slave might feel, once his manacles have been struck off. He can finally scratch that area where he couldn't before. The purest pleasure. Yet a burden still, the times he awakens with the sensation of manacles still on his limbs.

The nightmares of good times turning foul come to you, you awaken. A burden when I awaken with the sensation of a bond to a poorly-chosen woman still chaining my finger. That itch you can't scratch.

Eight years as a metaphorical slave to a poorly-chosen woman. That's a long time to get used to something. When it's gone - why - initially there is a sensation of relief.

Immediately after there is a sensation of loneliness and missing something terribly vital.

I think that this sensation - loneliness and missing something terribly vital - might be why some men go rushing back into matrimony in haste. It's not because they're completely stupid or the like. Not even just brainwashed. A step beyond that.

It's because they're habituated, perhaps even addicted.

To us recovering addicts. It does go. If you're lucky - very fast. For some of us - slowly, with time.

Maybe for some, not at all? I hope you're not that unfortunate.

Eight years of a bad marriage, only five years of freedom. There are times, half-asleep, when I feel that old manacle around my finger. When I remember, even the bad times were good. 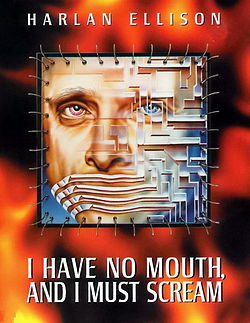