Why I Think Trump Will Win

Yeah yeah, it's all the elites dribbling and frothing for the entertainment of the masses and to get their noses in the trough.

So why the fuck do I care if Trump wins?

Because from what I can see (here in New Zealand) he's a potential breath of sanity.

That's it. The one potential breath of sanity I've seen in a very long time.

I actually think he has a chance.

He sounds like a dockworker because he's appealing to the dockworkers and other common people.

See, the man's a businessman. You don't become a successful businessman by spouting feelgood crap and surrounding yourself with ass-lickers and yes-men. Cronyism doesn't do a whole lot of shit in his world.

What does do a whole lot of shit is those who tie steel and lay concrete. Who build the foundations for bridges and skyscrapers and shit like that. Fuckers who can do something, and who are being squeezed out of life.

The incessant talk of academia, the incessant dribbling of theories, doesn't mean shit when the rubber meets the road. What matters is building something that stands up and provides a service - something of real lasting worth, something that makes money.

Government and jawing doesn't make money. You can talk endlessly at the broken fuckin' air conditioner, that won't fix the fucker when it's 100-degrees out and climbing.

Trump is appealing to the middle-Americans, those who maintain and build this civilization. His message is: "It's time to build our civilization again." The broad implication is that nobody else in government is doing it. They'd rather talk and get their hog-nose into the fuckin' trough of public funds. Into your and my pockets. Into your and my lives.

So he's a breath of sanity in a kaleidoscope of fluffy illusions. He's kicking the funhouse mirrors of the asylum down in an effort to get the forced inmates out into the real world again. Of course those in charge of the asylum don't like him. He's showing that they're unnecessary. In fact, downright incompetent - if not actively dangerous.

Why do I give a shit about the world going to sanity?

I always have. I'd rather it didn't burn down, if there's a real viable alternative. If the sane can actually swap places with the insane Leftist babbling idiots.

You can't actually *do* anything with these Leftist idiots. You can't trust them. You can't make a deal with them. They lie and break their word at every opportunity. Going into business with them would be stupid, getting married to one would be lunacy of the highest order.

Then they have the chutzpah to blame *you* for the situation. It's *your* fault that they lie and cheat and steal from you. (Which it is, looked at in a certain bleak light - why the *fuck* are we trusting these cunts as far as we can spit a mouthful of fish-hooks? We've never really grasped just how fucked in the head they are - because the sane simply cannot comprehend the insane. Thus, the insane can get away with a shitload more than you'd think would be possible.)

I'd actually like to see the world begin to strive for excellence once more. Like the moon shots, before the Space Shuttle made space all so dreary and same-same. Reach out and *take* what's rightfully yours. All of fucking reality.

So I'm thinking that Trump is the last gasp attempt of real humanity to steer itself onto a path of some kind of worth...

If the latter occurs, I will pour the gasoline on the world myself and set that fucking cunt alight. Then watch it burn with enjoyment, hoisting a small glass of Grand Marnier in a toast, while still hoping that something better will grow from whatever remains of the pyre.
Posted by Black Poison Soul at 21:10 2 comments:

So Didact has a cogent piece about what the real price is for being a slut or whore. The price is her soul: 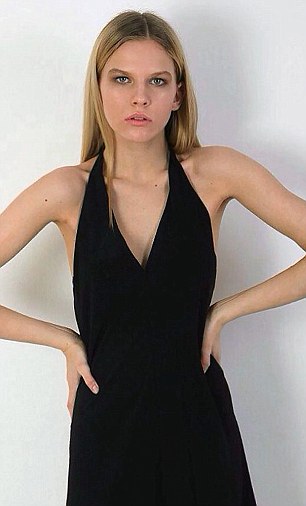 The really strange thing is that this (Russian) girl just isn't that pretty.

Seriously. Look at that face, those eyes, that mouth, that body-language. It all screams "high-priced nasty entitled cunt". It's completely dark, cold and dead inside - too the point of oozing through the fake shell/casing. That's the thousand-cock stare in a nutshell: cold and dead inside. To paraphrase/rephrase Didact: the soul is gone from this one.

In a very warped way I'm kinda glad that this one has gone to Dubai to be a toilet. That is, literally, it's only possible use in life: to be shit on. To be used as a cum-dumpster, endlessly. To be infected with every disease possible, so that the rarer and more worthy women are not.

There is no way in hell that any man should ever get this one pregnant. Not accidentally, not knocked up by a client, nohow noway. That soulless vacuum, that sucking void, will inexorably suck the life out of anyone or anything that isn't coated in teflon and insulated with a foot of asbestos. Any child/ren will be inevitably destroyed.

Those Arab Princes can have this one.

With our blessings and good wishes and many hopes for their enjoyment.
Posted by Black Poison Soul at 21:40 2 comments:

This is why I love my brother

Me: You in town tonight?

Me: Please spin past my place tonight and in the morning to feed my cats.

Imagine THAT if the other side was a woman.
Posted by Black Poison Soul at 07:02 No comments:

What Is Good In Life? 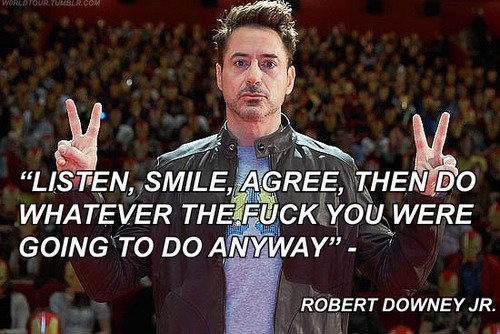 Posted by Black Poison Soul at 19:45 No comments:

Parasites On The March

So somebody's pooped up on FaceCrap a petition focused on stopping sanctions against sole (aka single) mommies (page contents copied here):

We are calling for the removal of Sections 176, 177, 178 from the Social Security Legislation Rewrite Bill.

These sections impose a weekly sanction of $22 or more on beneficiary sole mothers who have not identified the father of their child. This sanction (in its current form of Section 70A of the Social Security Act) is putting into further hardship families already struggling to survive.

Currently there are approximately 17,000 children in Aotearoa New Zealand for which this sanction is imposed. Of the 13,616 parents, 13,298 are women, and only 318 are men. 52.8% are Māori. This policy severely disproportionately effects women and Māori.

We request to the House of Representatives that the entirety of the provisions set out in Sections 176, 177 and 178 of the Social Security Legislation Rewrite Bill, which enable sanctions on the benefits of thousands of sole mothers and their children, be removed from the bill and from legislation.

For more information about these sanctions see our FAQ: Stop The Sanctions FAQ

I actually approve (somewhat) of Sections 176, 177, 178 from the Social Security Legislation Rewrite Bill.

Because they (the govt) are starting to pull back from the behavior which has encouraged 49% of New Zealand's children being born to single mommies. (A parasitic plague upon our society.)

Eventually they (the govt) will have to cut them off. There won't be any bloody money to hand over to them. Hopefully by that point, perhaps these cunts will have figured out that it's a good idea to use (cheap in NZ 'cause it's govt subsidized) birth control - or to keep their fuckin' legs closed.

Brought to you by Crap Colored Glasses™, only $1k the pair and cheap at 10x the price.
Posted by Black Poison Soul at 19:42 1 comment:

For those of you talking about getting an iron-clad pre-nuptual.

If there is a child involved, any family-court in the USA (and New Zealand, and likely Australia and the UK and etc as well) WILL tear it up "in the interests of the child".

Now, while I do tend to believe in the "cash and prizes" situation: thinking about it, One Fat Oz Guy has a good point. It actually dovetails very nicely with what Uncle Bob states.

Oz: "Now, divorce WILL appeal to women that are too stupid to play for the long term and invest in an adult relationship."

Bob: "Many intelligent men in the past have offered their opinions on women (their opinions tend to be about noticing many women are big children). That’s been much of my experience, too."

And I myself have done posts about female best intentions and female doublethink and self-deceit. (Bob probably laughs at those and thinks that I'm deceiving myself. He might be right. I'm not 100% certain and try to look for other thoughts and information on various matters.)

So, think about it. Most children have zero long-term thinking capacity.

So: what some of us term as "frivorce with cash and prizes" is not exactly a long-term planned strategy. It's simply the result of a spoiled child, bored with the current situation, suddenly deciding that they want out so that they can do something else. But they're also going to get what they can from the situation - because they're spoiled and greedy.

If 80% of women are children and 20% of women are adults, and (as Oz states) adult women invest in an adult relationship, would this be why a large number of marriages seem to end in divorce? (According to the government statistics from the CDC, 93.4% of all marriages in the USA break up/end in divorce within 10 years.)

I'm beginning to wonder re how many men are actually grown-up, also. The lost boys of the manosphere might be the 80% male children vs the 20% male adults. For me, these days, the entire PUA culture seems to be something that a child would indulge in.

What's to state that the manosphere is not filled with this 80% of male children?

We deliberately blind ourselves to many things, men and women both. We men may be calling the kettle black when we harp on that women are children.

Take a good look inside, if we dare, if we can. How much childishness, egotism, and narcissism is within? How much hurt do we refuse to let heal, because of this? In a certain light, some of what goes on out here is the male version of the Extended Infantile Tantrum that ZenPriest states feminism indulges in.

No, I'm not saying "go out and get married" - why the fuck would you want to marry a child? Especially a dangerously spoiled one? Especially if we are still children ourselves?

What I'm saying is: Throwing stones when we are living inside a glass house is unproductive.

Trying to take a good look at myself through Crap Colored Glasses™. I'm not sure as to its effectiveness. Damn that dark mirror...
Posted by Black Poison Soul at 23:18 3 comments: