The decision is made.

I used to be a mid-sized businessman, along with a couple of other guys. No more.

In a month, that all ends. I become an anonymous employee. Faceless amongst the crowd of the ordinary Men. Unseen, unremarked, unremarkable. Not going full-on Ghost, not standing out of the crowd either. My own cloak of self-chosen invisibility.

I become a chameleon, ordinary, hidden in plain sight - going through life unremarked, while still exposing the black poison in the soul of the world. 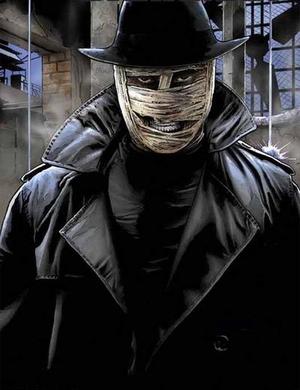 Part of what I worked for - sweated blood for - went to my ex-cunt in the form of ongoing dividends. She gets a final payout as things are shut down. Then, no more. (There's a certain amount of pleasure in shafting her that way. Greedy whore.)

Sure, as a businessman I earned six figures. As an employee I still earn six figures. Somewhat less than before. I can live with that.

As an employer, we had to deal with a lot of drivel. Employees were never a problem. We hired cautiously and well.

Business customers were tough to deal with. Late payers. Never-payers. Dragging your chain around. Advising a customer to do X because of Y, and being completely ignored. Getting ranted at when Y happens, telling them: "Hey, we advised X to protect you from Y. You chose to ignore it." More ranting ensuing. Firing customers. Threats of lawyers.

I swear, the New Zealand Government hates business. Which is ironic, because it's business which generates jobs and taxes and shit which keeps society and the government going.

So they tie you up in a shitton of red-tape and make you jump through fuckin' hoops. Just like modern narcissistic women having their shits-and-giggles with guys. We are the business-PUA, dancing like monkeys and jumping through the hoops for government validation.

So. We could fight it more. But fuck it - shut down instead. We're all tired of this bullshit. Time to cash in the business.

I had various options. I thought of taking some of them. Early retirement - sell the house, sell the business, sell the investments. An easy good-sized chunk of cash in hand. Overseas. Internet business. Freelancing. That good shit.

Live in a van down by the river. More accurately, a campervan on the road. Travel New Zealand. My ultimate retirement plan, earlier than planned on, but what the fuck.

Or become an employee. Somewhat less paid. A shitload less bullshit to deal with.

Less to feed the slavering beast that is New Zealand's Leftist Government. Less stress in life. And - holy Mary, Mother of God! - actually being able to take holidays.

Plus, still accumulating for: holidays, ultimate retirement, and wtf might as well try a small-time internet business idea or two. Who cares if it fails, it's something dumb and stupid to putz around with.

Starve that lice-and-tick-infested beast. Let someone else have that stress of making jobs for these leftists to suck the lifeblood out of. It's playtime...

...more time to do things like walk through the bush and along the beaches and up mountains.

Still here. Just gonna be somewhat busy and distracted for a while. As the last bits of crapola are sorted out over the next 3-6 months. As we give the taxman and government the metaphorical final finger. As things are wound down, shuttered, boarded up, closed.

Peace. Time to bask in the sun. Time to look up at the stars. Time to laze on the beach. Time to smell the grass. Time to bathe in the sea. Time to relax.

Time simply to be and enjoy life in my own way.
Posted by Black Poison Soul at 22:12

Email ThisBlogThis!Share to TwitterShare to FacebookShare to Pinterest
Labels: #freedom