It's Your Own Fault Men Only Want Sex From You

The prize gem from the post is the three reasons why:


1) You’re either boring, uninteresting, or you put in no effort and the guy is turned off by that, but wants something out of his waste of an investment.

2) You’re terrible at choosing which men to go out with.

3) You’re not attractive, and you’re aiming way too high. You’re delusional in thinking that some thin, handsome, charming, popular stud would want anything from you other than sex. 95% of the time, a high value man does not want to wife up an unattractive woman. It’s the way of life, just like models wouldn’t want me. Deal with it.

That's gonna burn every woman in the world - because it's so emphatically true. Every single time.

From my personal experience:

1/ chasing a woman is pointless, they just can't really be bothered - kinda like trying to fuck a dead fish 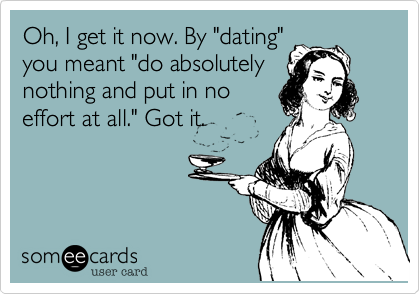 2/ having a woman chase you is good for the ego, yet in the end they're never really quite worth it

Note: if you're in some hell-hole, it's fairly obvious that you've got money, and a really good-looking woman is chasing you - she is *extremely* motivated. She wants out of her hell-hole. She wants the perceived lifestyle and stability that a rich Western man can provide. This is why Thai and Filipino girlfriends/wives are prized among the guys who still want to get married and have children. (Anecdotally) they seem to be quite traditional still, though personally I'm still suspicious of the dynamic (Crap Colored Glasses™ do this).

Russian girls are so mercenary that they're little more than a good-looking piece of tail. I've seen NZ men marry them, then once their citizenship comes through: divorce and prizes. One of the stupid bastards went to do it again too - I wonder if he's set himself up properly now, so that she can't get her prizes. I should touch base with him again.

So why does this situation happen? Over on Rollo's blog he cut down hypergamy (that word) to simple mathematics: she wants Self +1 (or better). In a nutshell: a 7 girl is looking for an 8+ man, the higher the better (marrying up, etc). This is also the situation when slutfuel can come into play for less than 7 girls. To get that perceived 8+ man she will slut it out, do any sexual act, the works. Thinking that sex is the lure - when she really needs to look at #3 in the above list.

So that's the dynamic at play. For #1 in the list above, she probably thinks that the guy fits Self +0 and is willing to let him "prove" that he's Self +1 or better. But she can't be bothered putting any effort into it.

For #2 in the list - well, she's just terrible at choosing men. You can't say much more than that. This is the typical dynamic at play when she follows the vagina-tingles for bad-boys and sluts it up until her late twenties.

For #3 in the list - that's when she's chasing the man. In her eyes he is flat-out Self +1 or better. When he's Self +2 or better then the dynamics of self-delusion are strong in this one. When she attempts to get back "hand" by jerking her man around in various ways (thank the Feminist Lepers for that insanity) she gets all bent out of shape and crying when he drops her shitty ass. If she'd stayed fully in the mindset of "he's Self +1 don't fuck it up" she'd have had far more chances of success.

Women. Go figure. What more can you say about a creature that basically thinks the sun shines out of its cunt and whose looks are the only thing that they have going for it.
Posted by Black Poison Soul at 09:16