With great amusement I ran across this piece about Albert Einstein by some clueless woman:

Was Einstein the Worlds Worst Husband?

So, let us look at the words which spouted from this woman's fingertips:

"Wife ordered to keep room tidy, serve three meals a day - but expect NO affection...and she must stop talking when he demands it."
Wow, that sounds pretty harsh. Harsh enough to get any woman's blood boiling and start her screeching like a harpy. But wait: most women will take offense at the slightest little thing anyway, because a mindset of hate and anger and distrust has been inculcated in them from birth. They've been trained and conditioned to entitlement all their lives and get upset if someone looks to be overturning the applecart.
Perhaps we should take a closer look at the content of the article, instead of the deliberately-provocative headline. After all, bad news sells!
Ah, it's about a book! The title is "Einstein: His Life and Universe". Sounds like a winner, given this man is unarguably the most influential thinker of his time. Turns out that good ole Albert had a hard time maintaining a harmonious love-life. Now we know what tiny part of the book and Albert's life has drawn the shrill ire of this woman.
"Einstein's approach to love was so pragmatic that when his 11-year marriage to Mileva Maric was floundering, he issued a list of outrageous rules that he believed would allow the two to remain together for the sake of the children."
Aha! Right there we can see an entitled-female-mindset slant - rules are "outrageous", even (or especially?) if it is for the sake of the children. Let's have a further read:
"Einstein stipulated that his wife should not expect any intimacy from him, should not reproach him in any way; should stop talking to him if he requested it; should leave his bedroom or study immediately without protest if requested, and should refrain from belittling him in front of the children, either through words or behaviour."
Dear me, I wonder what might have caused these demands?
"No intimacy" - obviously things had broken down pretty severely by that point. If there's one thing a man likes it is fucking. When he decides that a woman is truly unfuckable it's not because of a light, pleasant conversation over tea that happened to have a few unfortunate words and accusations tacked onto the end of it.
"Should not reproach him in any way" - obviously she was earbashing him and he was tired of it. Remember: verbal abuse is still abuse, as you women keep telling us men.
"Should stop talking to him if he requested it" - I'll bet that most of her talking was incessant nagging and whining and demands. Probably at the most inconvenient time, like when he was trying to think clearly. Not a good thing for the man who invented: E = m-c-squared
(Let us side-step into a thought-experiment here. Let us assume that because Einstein was nagged to distraction and he was too weak to say what was unacceptable behaviour, then no E = m-c-squared was ever invented. At the end of WWII the Japanese would never have surrendered because two cities were not obliterated by the atomic bomb. There would have been a ten-year struggle over forbidding terrain that would have practically ended with genocide. Think of the loss of so much beauty and culture! The atomic bomb saved Japan and the Japanese.)
"Should leave his bedroom or study immediately without protest if requested" - a man's gotta have a refuge and this man especially needed peace and quiet to exert his brains. I note that that's his two rooms - she still has the run of the rest of the home.
"Should refrain from belittling him in front of the children, either through words or behaviour" - ah, here comes the real crux. Obviously he's seriously trying to set boundaries of reasonable and civilised behaviour from her. It should have been done earlier, however have to give the man credit for the attempt.
Basically he simply stated that he expects to be treated decently in his own home. Nothing in the slightest wrong with that - in fact it should be a given. Anyone who won't conform to society's decent standards of behaviour is seriously defective. Let's see the reaction to these generally reasonable demands for decent behaviour:
"The more Neanderthal-minded males out there may well be nodding sagely in accordance with Einstein's outrageous demand - but women's jaws will no doubt be collectively hitting the floor."
Haha you condescending female shit. It's "outrageous" that a man expect to be treated decently, let alone demand it. You also speak for all women. I predict an old age filled with cat-kissing in your future! 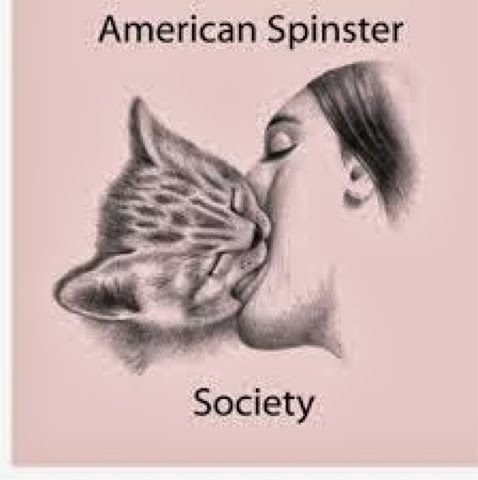 At any rate his wife moved out after a few months with the children and later got divorced. I bet that it was because she couldn't handle being held up to the rules - women always gotta push the boundaries. Extreme entitled mindset.
Other interesting things come to light though. Albert had some sexy-fun-time with a first cousin while married, who he later married once divorced from his shrew. After four years of second-marriage he was having more sexy-fun-time with his secretary (the niece of a friend). It shows that even back then, women followed their hypergamous instincts and had fun and partying.
You-all simply can't resist that cock can ya's.
So Albert was a reasonable womaniser for his time and place. However he couldn't control his women, didn't understand them properly (or more accurately, chose to get involved with shitty women) so regrettably he is a Lesser Alpha at best. No surprise really, he was more intellectual than visceral - I'll give him a two-thumbs-up for not taking shit and for taking advantage of what was offered to him on a plate.
For further edification here is his misogynist manifesto (according to the woman writing the piece):

A MISOGYNIST'S MANIFESTO: EINSTEIN'S LIST OF DEMANDS IN FULL

You will make sure:

- that my clothes and laundry are kept in good order;
- that I will receive my three meals regularly in my room;
- that my bedroom and study are kept neat, and especially that my desk is left for my use only.

You will renounce all personal relations with me insofar as they are not completely necessary for social reasons. Specifically, You will forego:

- my sitting at home with you;
- my going out or travelling with you.

You will obey the following points in your relations with me:

You will undertake not to belittle me in front of our children, either through words or behaviour.

I don't understand this. Isn't this mostly what a loving woman should do for her husband by default? Basic decency from one person to another? Doing laundry? Cooking? Cleaning? No browbeating and earbashing? Privacy when busy with work? Basic standards of respect - most especially around the children? Is not giving her man any shit so dreadfully hard? Especially when he's working?
Wow, she must have really pissed him off for him to decide that she's unfuckable, he doesn't want to be in her presence, and there's no way he wants to be with her in public.
But wait, this woman author further states: "There would seemingly be no benefits to Maric in return."
No benefits in return. So she's not getting fed, not getting housed, and not getting clothed in return for attempting to act like a decent parent and wife would. Funny that I don't read any hint in the article about the woman being thrown out to deal with life on her own: she chose to leave off her own bat after a couple of months. With the children, of course. Then filed for divorce 5 years later - after which Albert married his first cousin, who he'd been fucking for a few years by then.
You go girrrrl! 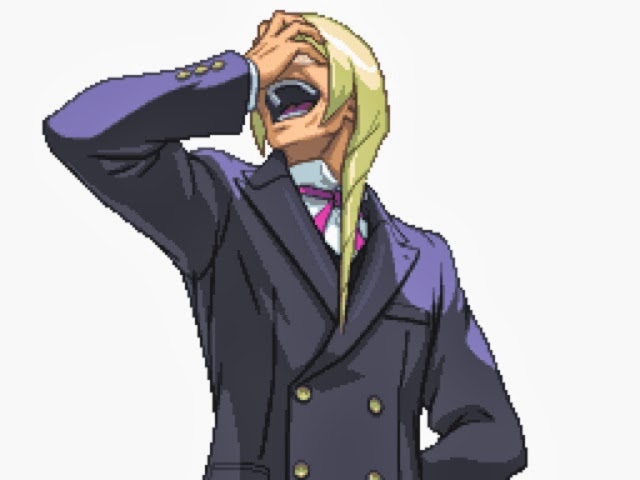 Albert, I salute you! 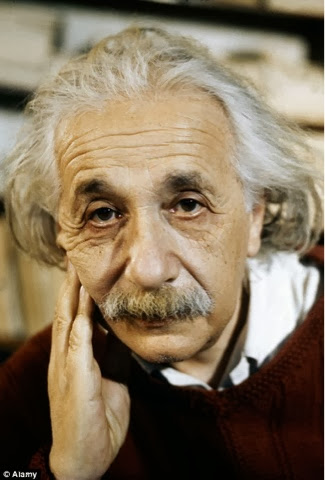