In my post on dumping a woman, I stated:

Which is funny when you look at it, because women go for the fuckin' jugular of causing maximum emotional pain when they want to. With a complete disregard for any consequences. After all, it's all about her and how she feeeeels.

Never mind the nasty, warped, pathetic emotions of him. He's just a man. He's not relevant.

So obviously, they do recognize that men have emotions. They'll sure as shit go for them, sink in the teeth, claw out his guts, etc. Hell, every time you hear about a nasty frivorce or the nastiness that goes on with child custody cases. Weaponizing the children, using them to get back at their ex-hubby, all that good stuff.

I think it's more a case of they recognize that men do have emotions - and manipulate them ruthlessly. It's another cognitive disconnect. Wimminz emotions have relevance, mens emotions are utterly irrelevant. Except as a handle or weapon to be used against him.

Try imagining from the inside the kind of cold-hearted ruthlessness that women display. We know it happens, we hear about it all the time. Try to understand the kind of nastiness that must be hidden inside a woman - every woman you see that is frivorced - as she's out there acting all sweetness and light, trying to lure her next man. Even if it's just for a quick fuck. When she's done that in her past.

Only the utterly delusional can love that or use it for more than getting their rocks off.

One final thought - you will not be able to beat a woman at the emotional pain game. She's a past master at it, you're just a rank beginner. It's like this: 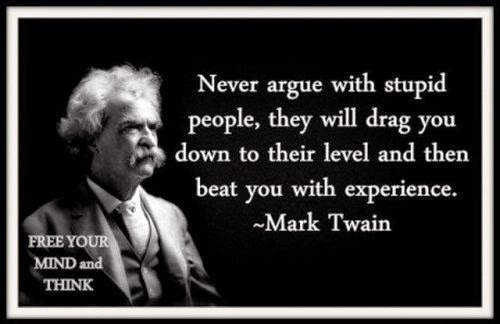 Brought to you by Crap Colored Glasses™ - only $1k the pair and cheap at 10x the price.
Posted by Black Poison Soul at 08:59