Autumn and Winter are Coming

Keoni Galt has a message for the millennials. He has a point. I commented on it:

This. We Gen-X'ers are done for, toast, our day is over. Certainly I could still have children - have had offers from women who want to date me - which dates I now decline. I don't want to have a child going through the "Hi Dad!" thing with me when they're twenty and I look like a grandfather. Of course, those making the offers are last-gasp party-girls in their 30's, infected with the Marriage 2.0 disease. I'm supposed to filter through these for 5+ years, to find a worthwhile one to have children with. Not going to happen. Too old, too old.

Consider me selfish if you wish. Yet: I am almost 50 and my life has basically been hollowed out by one woman who took most of everything. Sure, I can and am rebuilding - yet at my age things should be mellowing. My life has basically been reset to the struggles of early-30's mid-summer, instead of where it should be. Children should be long-done, now the building up of a store of wealth and future happiness.

Start a family now? That would be another 20+ years of difficulty in my declining years, very likely ending with nothing once they're gone and out the door. They would be forced to support me. That would be cruelty in the extreme. As it is, I expect now to work until I die - unless I decide to retire to a country where my money is worth vastly greater than it is in my home country. I would be effectively isolating myself to live halfway decently into my old age.

My spring is long past, my summertime nearly over. Autumn and winter are coming. Despite my self-improvement, despite my strength training, my years and body are waning. Recapture my youth? By having sex with younger women? Why? I can have sex with women young enough that they can be my own daughters. Even girls young enough to almost be granddaughters have made moves on me. Why should I do that? It would be an ersatz recapture, a synthetic euphoria, an artificial high - one that ultimately means nothing. All the while, the available women of Gen-X expect everything of their Man, just like the younger generations.

@Anonymous - one of my commentors stated that the hardest part of his divorce was trying to bring up his children with a modicum of discipline. A Herculean task, the way Marriage 2.0 and divorce/frivorce is set up.

@Brian - I must agree. My feeling is that the next generation being born is going to be mostly to single mommies. There's nothing to prevent it. They are going to be so screwed up, it will be painful to see.

@Beefy Levinson - I wish you good luck. Eventually we will muddle through this. Hell, people survived the fall of Rome and suchlike. We'll survive this. Perhaps our example will help future generations and civilizations from falling into the same old trap that we and the Spartans and Romans did.

I have now identified, to my own satisfaction, what has bothered me with Rollo Thomassi's Sexual Market Value chart. 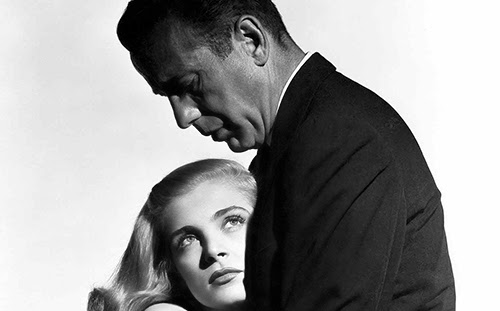 Do you really want to be that older man with a younger, beautiful wife?

When all you get out of it is the social status of "older man with younger, beautiful wife"?

When she gets access to all your resources? Resources that you built up, through your travails and hardships, which she never shared. That she gets now to use and have the enjoyment of. That she never sweated to earn. While she can stray from you at will.

Again: The chart is too accurate.

Plus: It's not accurate enough.

Not for these days, in the dying west.

As older men, we still have that mentality to build and grow. Improve yourself! Accumulate! Plus an "I'm not gonna lay down and die" attitude, along with the ability (and skills) to keep going. We climb out of the hole that some woman has dragged us down into and get back into life and building. Incidentally keeping us in the workforce longer and denying the younger generations worthwhile entry.

Women only have looks, which peter out quickly. Men have accumulated capital, social and monetary and physical stuff. For the overwhelmingly common predatory woman, with unfortunately broke younger men around her, that accumulated capital is very enticing. Add some charisma/game to the mix and you have an older man with a younger, beautiful wife.

Need I say "parasite" ever again?

Need I say "brainwashing" towards older guys, that they can and should be getting with younger women? Parasites of the manosphere hauling the $$$ out of painfully hurt men? Attempting to shame certain segments of us with cobbled-together makeshift bullshit feminist tactics, so that they can get more $$$ out of us?

Society as a whole still telling us that we can expat, get with some appreciative foreign slut in another country, settle down, and have children? Still fulfilling the female imperative? Still supporting some woman through her life?

A simpler time should be ahead of me. One with quiet happiness. One filled with contentment and warmth and ease with the woman of my youth.

Instead, I still struggle as if 30 years old. I must continue to protect my self - my earnings - my accumulated sweat - from the grasping hands of others. There is no room for me to "ease out" for the next generation of 30 yo's to take my place, with a little guidance and help. I'm told that I should "man up" and marry those sluts. I'm told that I should fuck around with younger women.

The Baby Boomers may have pissed away their lives and the wealth of the prior generation. Gen-X (and Gen-Y) have had ours stolen away from us. We built it, despite having to start completely from scratch, only to have it stolen and pissed away by our generation of women. Now we must rebuild again, infinitely warier than before. Warier of the next two generations of women.

Further, Mz Bevan Chuang was also revealed the year prior to be looking for willing sperm donors to get her pregnant. That would be while she was in the middle of being Len Brown's fucktoy for 2 years. Her explanation for searching for a willing sperm-donor:


"There is a lot of pressure for older, single women to get a partner," she said.

"A lot of the men, the dodgy ones, that approach me, wanted me as the mistress type thing. Obviously they like me, but can't be with me because they have a wife or a girlfriend or something."

The two-faced hypocrisy of decrying dodgy men wanting her only as a mistress - during a period in which she was actually a mistress. She and her type of woman are overwhelmingly common and an accident waiting to happen.

We must protect ourselves. Our lives have already been ruined once. Not again. For us, there is no Social Security or Medicare or Medicaid. There is no safety-net for us Men. There is only a handful of ashes and dust. In our inadvertent wake, we spread further ashes and dust to the next generations.

If it were me setting the rules, I would roll things back and set them like these:

1/ There is no way out of marriage. NONE.
2/ He can do whatever he wants with her. She has no say. Period. Fuck your social crap.
3/ If she decides to leave, then he automatically keeps everything. Including children (if his).
4/ She must come with a hefty dowry to entice the Man into marriage at all. It's a terrifying sacrifice.
5/ She will NEVER get the pussy-pass for fucking around. That's instant trash, end of story.

Harsh? Yes. Many, many women and children would die in terrible situations. It would bring home a very solid and painful lesson to all for generations to come. It would be a (partial) solution to the Mutilated Beggar problem that has caused what currently faces Western society (thank you Keoni for reminding me of that, from The Garbage Generation).

The Lesson Will Be: Choose Wisely Who You Marry.
Posted by Black Poison Soul at 18:55