I apologise in advance for linking to that cesspit known as the Huffington Post. Normally I would not even look there myself, yet recently I meandered there while following some other news articles that interested me. And at the bottom of said article, I ran across this: 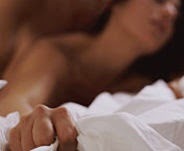 Is It Acceptable To Have Sex In Public?

So there we have it - a public news story about the morality of having sex in a public place.

All right. We know that many gays absolutely have to push the envelope (note that it's only the flamboyantly exhibitionist types). "Sometimes you wanna take it out of the bedroom and go into a shared space and kind of violate it in your own way."

Right there you can tell the quintessential narcissism of these pieces of shit. Its all about them, they have no boundaries, they don't care about other people's boundaries - you completely get it. Thankfully these ones won't breed. Unfortunately we can't say the same for the jealous girl who was turned on by the thought of public sex and violating a public space.

"Oh noes BPS you're a *gasp* homophobe!" Only with regards to these flamboyantly narcissistic self-centered pieces of filth. Especially when they're being given airspace and opinionspace in the public eye.

Society - and especially the Huffington Crap - is truly sick and poisonous.
Posted by Black Poison Soul at 12:04