It's been a while...so fuck it, time to barf up the stupid shit that I've been seeing women do and post and what-fucking-ever.

'Cause let's be blunt. If you can look at what a woman throws up on FaceCrap and suchlike, then you can't help but realize that they are so retarded - they don't know that they are retarded.

If you can't realize that, then you're either a woman and/or retarded.

Over the years we've taken the inevitable progression from: duckface, to twerking, to flipping people off. 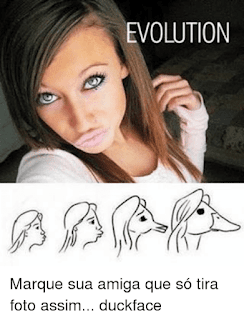 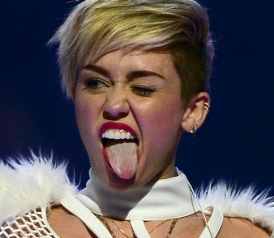 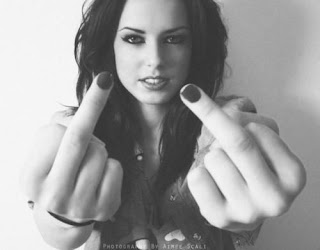 Highly fuckable, the lot. The last one is specially brought to us courtesy of the recent antics and mental diseases of feminism.

Definitely the decline and fall of teh wimminz.

What else gets thrown up:

Yes, this is a good one! Let's read it, I'm certain there'll be something inspirational for teh gurlz in this one:


LIFE is about trusting your feelings and taking chances, losing
and finding happiness, appreciating the memories, learning from
the past, and realizing people change...!

**Breaking Up and Moving On Quotes**

Aww, how sweet. You no longer have to find an excuse for breaking up with someone. Just have to say "he's changed" or "I've changed". And that you will always appreciate the memories. 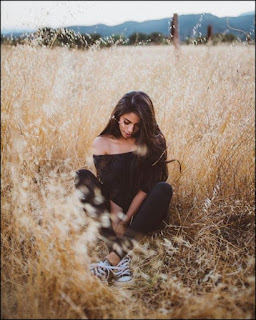 "And that you will always appreciate the memories." Yes, I deliberately repeated that twice - for emphasis. Gotta love that self-serving soppiness that teh wimminz throw up out as a self-defense measure.

"Butbutbutbut...I meant it in the nicest possible manner!"

Suuure, sweetheart. A cock - I mean butter, I meant to say butter, nothing to do with the three cocks you swallowed last night - wouldn't melt in your mouth.

It's real easy to break up and move on when:

1/ you're on the cute side of things

2/ you're arranged in a cute posture

4/ you're willing to part your lips (both ends)

Most importantly of all, of course:

0/ you have no heart and soul

Of course, there are a million suckups lapping up this one's runny shit:

"Beautiful post." (A woman, getting inspired to jump ship.)

Every woman's plugged into the matrix of self-delusional fucking lies. An endless circle-jerk where they stroke each other up, egging each other on, secretly hoping to stab one of the other self-righteously bitchy cunts in the back if/when she fucks her life up terminally.

At which point they can overtly be consoling, covertly sticking the knife in and twisting it more, and inwardly lapping up the schadenfreude and gigging for all they're worth.

They haven't changed any. At least, not for the better.

In the end, we just have to reiterate once more: the whole underlying point of the so-called Red Pill is so that you don't get your dick stuck in the mincer.

Brought to you by Crap Colored Glasses™, only $1k the pair and cheap at 10x the price.
Posted by Black Poison Soul at 20:24