This blog isn't (or hasn't really been) about minimalism and the like. Like my post on not being one dimensional - we are all very different from the shitty stereotypes that are thrown out there. I am not really a minimalist.

However, MGTOW very often go generally minimal. Like I've said many times: I have more spare cash now that I'm single, than I had with a wife who also brought in over $50k a year. That is still true, even after closing the biz down and accepting a lower income. It's less mental stress on the whole, with the added benefit of not giving my crazy ex any of the ongoing cash from the biz.

This is for those who decide they don't really want to do the whole go ghost, reduce taxes, starve the beast stuff. Those who actually have decent jobs. Those who know that they can and are willing to work to become financially independent and retire early. Those who are not sure where to get started doing anything along those lines.

Try looking at /r/leanfire (lean living, financial independence/retiring early). Here is a good place to start for the newer MGTOW. I also suggest Bachelor Pad Economics by Aaron Clary (no that's not my affiliate code, that's the link from his blog - I make zero money from this blog, have no need of it).

Note: Don't spout any MGTOW beliefs there. Keep a sock in it. Compartmentalize. That's none of their business and will likely alienate the married and simp types. You're going there for the inspiration and ideas, not to proselytize to all and sundry. We're all men, we have the ability to keep it zipped when needed. Slow, subtle, is key.

For those interested, my FIRE number is $600k and I'm at $350k of that right now. I have a fairly consistent 75% SR these days (savings rate, ie 75% of my income goes towards savings for retirement - some of that's into stocks, some into gold and silver, and some into the home (which will be sold when I retire and get a campervan)).

To me that's a fuckin' great position to be in, given that I started with maybe $50k some 6 years ago. Another 6 years and I can retire. Any income after that is going to be pure gravy. Part-time gigs welcome, and that might include photography as well as IT/consulting crapola.

Just because our society is going down the shitter, doesn't mean we have to spend our declining years surviving on a steady diet of cardboard and government cheese. We still enjoy ourselves, in the way we desire. 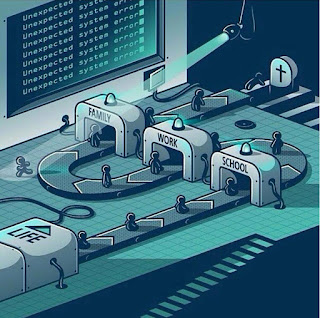 Thank you for finding this for me again, Andy.
(Note that it's titled "Toyota GT86 - Banned Antifeminist Ad". It's not antifeminist. It's pro-male life, living, and enjoyment - and a little too much raw reality for teh wimminz and their pussy male simps to handle.)
Posted by Black Poison Soul at 20:02