In gardening there is the concept of a microclimate, a small area of land with especially favourable conditions for growth. It can be a natural hillside, inclined to catch the sun just right. It can be an enclosed garden, with walls to keep winds down and warm up with the sunlight (longer growing periods).

Similarly, civilisation creates a social microclimate that encourages growth. It encourages creation and building for centuries to come. Yes, there are empires which grew by the sword - yet still, they wealth they acquired went home to enrich their own lives and the lives of their fellow-citizens.

1/ The wheel was not the prime motivator of civilization etc (the Aztecs had the wheel - they didn't use it, despite their children having toy carts)

2/ The development of smooth, level roading was a major drive of civilization (allowing trade of goods and - more importantly! - easier travel of ideas)

3/ Our modern civilization was due to wheel, roads, and engines (of lighter weight and greater power than a horse or oxen)

So the Aztecs lived in steep mountains, which were near-impossible to use a drawn cart in. (Perhaps if they had developed a one-way ratchet-wheel of some kind that wouldn't slip on the road-surface at all.) Anyway, it was easier for them to transport things by water - for long distances, the steep mountains made shanks mare the most efficient transport system.

The Romans had roads, extremely elaborate - some still in use nowadays, 2000 years after the height of their civilization. Of course they had shipping also (no that's not a throwaway - I'm concentrating on roads here). 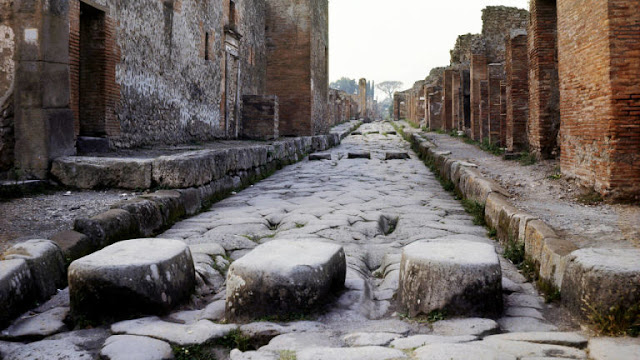 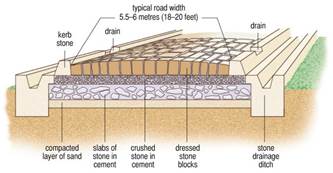 These days, what do we get for most roads? 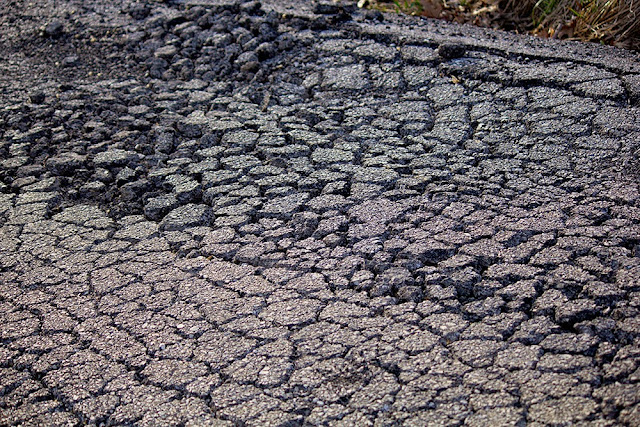 Crappy asphalt which crumbles to shit after a couple of harsh winters.

Contrast this garbage to the 2000-year-old Roman road, with worn ruts after a few hundred years use with iron-shod wooden wheels (the carpentum and carruca - the Roman equivalent of the limosine - had some form of suspension and metal or leather straps inside for grasping to steady yourself).

Hell, I already wrote about the ancient prototype rail that was established in 600BCE to shift ships (not fucking dingys' you can bet) across the narrowest part of the Isthmus of Corinth, and how it was still running 600 years later when the first steam-engine was created. Modern railways? How many hundred years do they last?

Any rate. The basic road construction of the underneath is the same. Where it falls down is the surface: instead of dressed stone blocks, it's either asphalt or crappy tar with gravel. Even with pneumatic tyres for cushioning the surface and spreading the load, we are constantly resurfacing our roads. (Is this cheapism? Or "planned obsolesence"?)

Yet there are American roads with proper concrete surfaces that have barely changed in 50+ years: 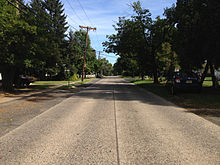 Now expand this thought to our modern construction. When we build a bridge, do we build with something that will last for 200+ years? No. If we're lucky it'll last 50 years, and we are constantly checking and maintaining it - to be certain that it's still safe to use.

Here's a 200 year old stone bridge in Wales, which has been maintained all right (especially after a bloody truck smashed into it): 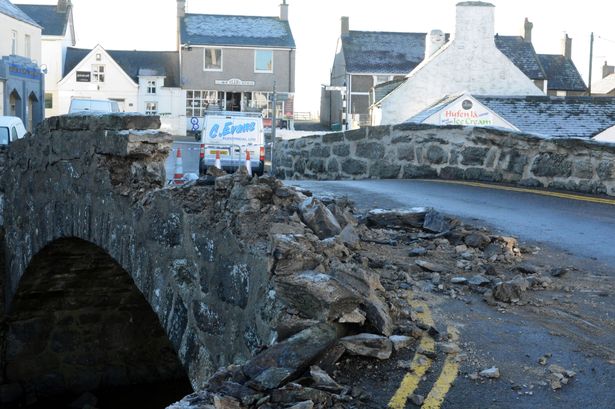 Do you seriously think that this bridge and those like it are going to still be around 200 years from now? 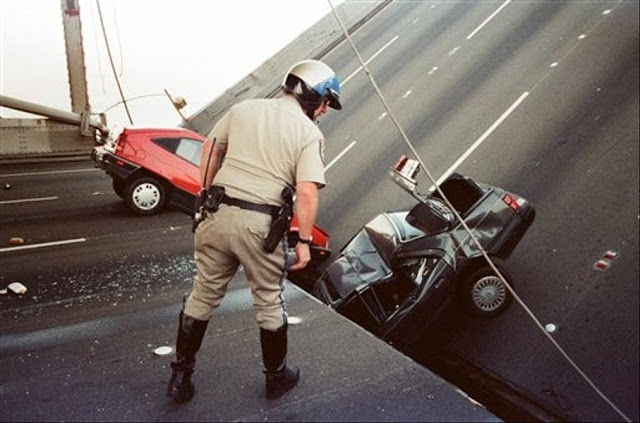 Take a look at Detroit if you want to see how well our buildings and cities survive with little to no maintenance.

And Detroit neatly illustrates our rotting moral values, the decline of our social microclimate. It was easier to abandon the city than it was for Americans to keep their manufacturing in their own country. Cheaper to source it offshore to slave labor. Cheaper and easier to send away the skills and knowledge to someone who didn't develop it in the first place, but sure as shit could take the idea and run with it.

Because we've grown soft, in the West. (Will future civilizations call us the "English Empire"?) Soft, sloppy, pussies who would rather save a buck overseas than make it in-house. Rather than make something to last for decades or hundreds of years, slap up something with the minimum strength to do the job and maintain and fix it every couple of years.

We have decayed, socially and morally, to the "now" society. Everything in 10 days or less. In contrast, even Leonardo DaVinci was no genius - he took 16 years of constant work to develop his skill. We have lost the patience to develop ourselves, our skills, over 15-20 years. It's all instant gratification nowadays. (The 10,000 hours to become an expert is no joke, looked at this way.)

No longer do we plan properly, we simply chuck shit up and hope it looks good - or label whatever sticks to the wall as being good, which isn't even close. Contrast with the Medici family in The Renaissance, who had a vision:
They personally fueled the Renaissance in Florence for 30 years. City fathers fell in love with an idea: that their cities should be the focus of an unparalleled attention to beauty. As per the video, contrast this with our own mess. The idea was that we are to a large extent, shaped by the building around us. (Just look at 8:15 in the above video.)

Visit Italy, be impressed by the cities, take a million photographs. Are we inspired to do similar in our own cities?

So our social microclimate has gotten soft, lazy, and lacks vision - and thus Idiocracy can survive and thrive. Civilization and intelligence create a microclimate where, for a brief instant, hope and beauty and progress happens.

So we fall apart once more.
---edit---
I think the best part of the History: The Renaissance video above is how those of the time used art as advertising to push the ideas of virtues, rather than the selfish sins of modern advertising.
Posted by Black Poison Soul at 23:06