So the closet Commies are in power in New Zealand. Going on past performance this is going to be a nasty three years. Thank you, Winston.

As I said to commentor Ragnar back on my post about the Hillary-Jacinda Effect, I was a bit worried about Winston. He's been known to be an opportunist. Turns out that I was right. I suppose that in retrospect it is not too surprising that the NZ First back-end decided to go with Labour: Winston represents the older, poorer people - and poor people make poor decisions and love having free shit flung their way.

That's the basic modus operandii behind the whole idea of importing 3rd world people and giving them free shit - enticing them to vote for you.

It will be an interesting time. More free shit for the poor people. I wonder where all that money will come from?

Will we be like the USA, which under Obama slapped another $7.9 trillion on the national debt: 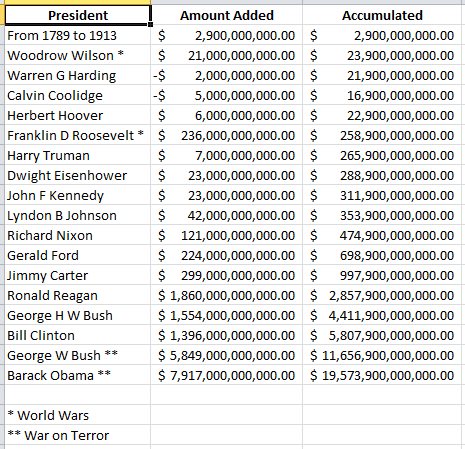 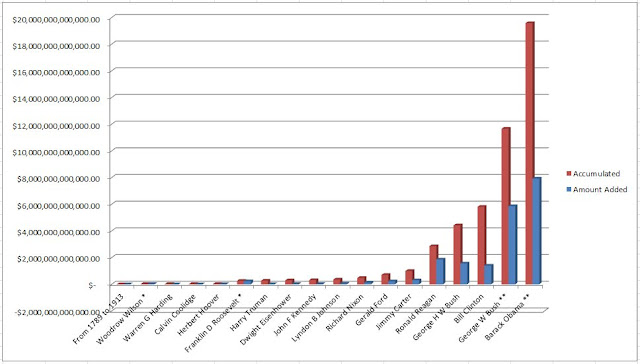 That's quite the poison-pill that you guys got there - especially from Obama, who didn't end up pulling American troops out of the Middle East. Ooops.

I'd like to do a similar graph for New Zealand, can't find the numbers at present. Since this is a long weekend, I have other things to plan for the moment.

It's gonna be an interesting 3 years.
Posted by Black Poison Soul at 21:01

Email ThisBlogThis!Share to TwitterShare to FacebookShare to Pinterest
Labels: #politics