A Litany Of Slaughter

So this graphic is doing the rounds at present: 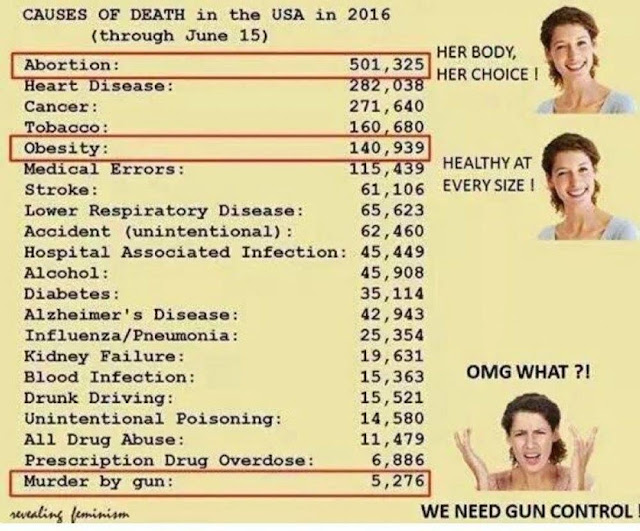 Being a generally skeptical bastard, I decided to do some hunting. I found the same list on Snopes, this has been rejigged.

So then I got into the CDC's website and started looking, first at leading causes of death for 2014 (page 5):

...of which they are broadly split to...

Note "legal intervention" - that's where #BlackShitMatters came into being. Fuck off you motherfuckers! Back to guns: 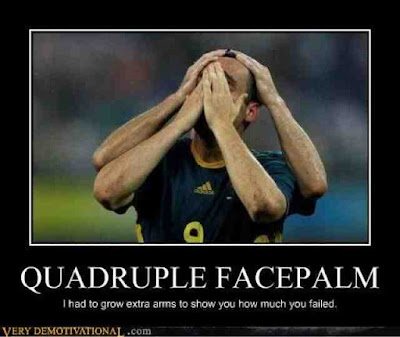 Still nothing on abortion. I'm going to have to go hunting for it special.

Here I find it, on the CDC's pages about reproductive health - Abortion Surveillance 2013:

Note the word legally - there will be a few back-street ones as well, by those who cannot get it legally - not reported of course.

So returning to the original graphic, the numbers should be:

Which makes it 60x more abortions in the USA than there are murders by gun.

This is what you fuckwits get when you listen to the leftist media's bullshit.

Here's a statistic - you are twice as likely to die from gun-suicide than gun-homicide. Prevent suicide! Control the guns!

Unfortunately, only 1/2 of suicides are by gun - there are plenty of other ways to kill yourself as well. [Edited mistake. - BPS]

Brought to you by Crap-Colored Glasses™, only $1k the pair and cheap at 10x the price.
Posted by Black Poison Soul at 09:11