So, a couple days ago I'm walking into the local Countdown (a grocery store in NZ). Just your standard shopping-trip. What do I see walking in front of me?

Pleasingly slim shape. Decent clothing. Hair with the "just washed" look that is either gaining traction again or I dunno fuckin' what - maybe she was just being a slob and had just washed it.

Yeah, you definitely want to put a ring on that slob.

Go walking into the grocery store in your onesies. Dressing gown with slippers and shit. The "people of Wal-Mart" theme got nothing on these fuckers - unbe-fucking-lievable. Unbelievable. Whole family wandering in. Sloppy as fuck every one.

Yeah, you definitely want to put a ring on that slob.

Speaking of putting a ring on it, I have written before about various dancers. In particular one who:

Some desperate fuckwit put a ring on that. Seriously, a big ole diamond ring, probably worth a good ten grand. She's been flashing it around everywhere, out on an expensive wedding trip overseas, flash-flash-flashflashflash. Livin' the dream of livin' life large.

Fuck you are desperate mate. Heheh.

So much shit in this world. So much fuckin' stupidity. While the zombies go walkin' around, unaware of the idiocy goin' on around them and in their heads. 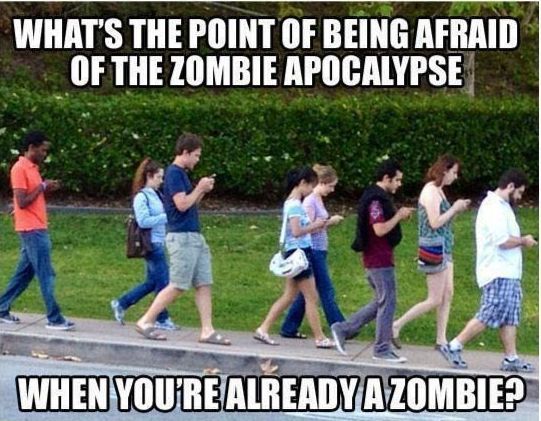 Brought to you by Crap Colored Glasses™, only $1k the pair and cheap at 10x the price.
Posted by Black Poison Soul at 08:52