So this is an oldie from the University of Man. (WTF happened to them? I dunno - never got it straight - and tbh really don't give that much of a shit. Some of the stuff was gold and that's all that matters in life: separating the chaff from the wheat.)

So here we have The Art of Whore, followed by a picture which exemplifies it 100%. Enjoy, and try to ignore the "alpha/beta" thing. It's just the difference between a strong and a weak man.

A man with options would never put a ring on a finger that's been wrapped around a dozen cocks.

A man with options would never pay the ultimate price of commitment for a born-again virgin fucktoy.

A man with options would never let his son's first home be a womb that's seen more traffic than I-35 during rush hour.

A man with options would never allow his son's first kiss to come from the lips of a mouth that's hosted lotsa cocksa.

A man with options would never let his son's first nourishment come from a rack that can be viewed on any number of cell phones.

A man with options would never let his son's first throne be the lap of a woman who's been passed around like a blunt at a frat party.

A man with options would never be a dickstand for a woman who squandered her youth and beauty on the men who respected her the least.

A man with options would never consider being the last man standing at the end of a long line of conquests she racked up while being the Grand Marshal of a rather impressive cock parade.

Do men with options pass up on whores because of religious ethics?

Do men with options pass up on whores because a promiscuous lifestyle stunts a woman's ability to bond with her husband and children?

Do men with options avoid committing to whores because of social pride?

I certainly hope so.

The Art of Whore: Why Betas Marry Leftovers

(1) Their inability to identify a whore/slut

Thanks to a lack of experience with women, betas believe that a whore is a filthy girl who will sleep with just about anybody. When their pea-sized brains conjure up the idea of a whore, they imagine a woman who stops at a red light, sees a man waiting at a bus stop, and has an unbelievable urge to put the car in park and go bang him. Betas think a whore is a girl who goes out to the bar four nights a week and bangs four different men.

With this definition of a whore, it's no wonder why betas defend women - they've never seen a whore. But in reality, whores are selective. In fact, they're probably the most selective women in the mating market.

The Art of Whore is displayed by women who harness their sexual power and unleash it with stunning accuracy on the men at the top of the social hierarchy – often in a serially monogamous fashion (with a few "mistakes" along the way for good measure).

Wake up, beta. That nice girl in your social group who has a different boyfriend every three or four months on average, has casual hookups on vacation, and has that "special friend" who keeps her warm at night in between boyfriends is a two-bit worthless whore.
"But wait, Mentu! Most girls do that these days!"

Now you're getting it. Walk with me.

Whore is not about a number; it's about her decision-making abilities and the value she assigns to sexual congress. Women are the gatekeepers of sex, so the men she lets through the gates – regardless of how many or how few - tells you everything you need to know about her relationship value. I don't care if she's slept with 5 men or 50 men; her sexual past reveals her relationship worth and her ability to make sound decisions.
Take for instance a healthy 28-year-old woman. In my experience, your average American woman has had anywhere between 12 and 23 sexual partners by this time. Let's call it an average of 17. A reasonable man would not assume that all 17 men dumped her, or that she dumped all 17. A myriad of reasons, situations, emotions and circumstances led her to this place. So what does this tell us?

It tells us that a number of men just had fun with her (promiscuity), she had to bounce a number of men after she opened her womb to them (bad decision-making), and a number of men sampled a mini-relationship with her for a while and decided not to keep her around (low value).

So, beta, which of those 3 traits - promiscuity, bad-decision making, and low value - would you like to have instilled in your children? Which of those traits do you believe will make her an excellent wife? Which of these traits do you believe will not increase your likelihood of being cheated on or landing in divorce court? Can you see yourself waking up in the morning, rolling over, looking at her and thinking "Thank God I committed to a worthless whore who has a 15-year track record of making bad decisions?" Of course not.

But this leads us to the 2nd primary deficit of the beta:

(2) Their susceptibility to shaming language

Betas cower in fear and quickly acquiesce when confronted with shaming language. "I'm not like that anymore", "You can't judge me", and "A woman's worth is not decided by her sexual past" seem to be the go-to responses for women who find themselves in the awkward situation of justifying why they've banged more men than can be comfortably seated in a small Family Diner.

For the record, the correct responses are "Yes you are", "Yes I can", and when it comes to marriage, "Yes it is."

Does promiscuity make her a bad employee?

Does it make her a bad friend?

Does it make her an evil person who is likely to knock over a liquor store and steal a getaway car?

Does a promiscuous past mean she can't do good in the community and make profound societal contributions?

Does it make her a high-risk marriage partner and a shitty role model for your children in a society built around the family unit instead of the "it takes a village" approach?
According to the church, the Centers for Disease Control, your buddy who laughs at you behind your back, biological evidence, gender anthropologists, a growing number of psychologists, your own gut instincts, and yours truly: Yes, it most certainly does.

It always amazes me how betas will agree with a woman that her past education reveals her dedication to scholarly pursuits, her past work experience reveals her quest to improve her business acumen, her past payment history reveals her credit worthiness, her past workout routine reveals her desire for a healthy lifestyle, and her past volunteer efforts reveal her heart of gold, but her past sexual habits reveal absolutely nothing. That, my beta friend, is The Art of Whore.

If you buy into that shit, you deserve whatever ill may befall you.

(3) Their unnatural dedication to the female definition of "fairness"

Here's where the rubber meets the road for most bottom-feeding beta males.

We've all heard the statement, "It's not fair that a woman who sleeps around is a whore, but men who sleep around are studs!!" >:'O

There has been more than enough digital ink spilled on this topic within the manosphere, so I won't go into it. Everybody knows it's easy to be a whore, but hard to be a player - and society doesn't award trophies for doing easy shit. It's not a double standard; it's two different standards for two different genders with two different barriers of sexual entry and two different sets of risk factors.

What the fuck do you care?

If you're a beta male looking for marriage, it's not your job to be fair - this is your life, not a general assembly at the UN. Your job is to find the best mother for your children that you possibly can.

It doesn't matter if you banged 5,000 women on camera last night; you need to find the most competent, capable, qualified, trustworthy, physically and emotionally stable woman you possibly can to help raise your children.

Let her worry about your past and whether or not she thinks you're qualified to be their father, and you focus on her qualifications.

Come to think of it...That actually sounds quite fair, wouldn't you say?

(4) Their lack of options

When it comes to liaising with whores, Alphas are volunteers, and betas are voluntolds. The Art of Whore is not lost on the Alpha male - they volunteer to use them for what they're good for, then pass them off to the betas who are voluntold to put a ring on their finger.

Beta, your lack of options is making you weak, distorting your judgment, and may eventually land your pansy-ass in divorce court. The Art of Whore is real, and women work to better their craft every day. What have you done lately besides make excuses for her?

Women proficient in The Art of Whore get what they want: A decade-long ride on the cock carousel with no consequences, then a willing hapless beta with open arms, an open mind, and an open wallet to cushion their landing and finance their recovery.

As long as you're standing there ready, willing and able, I honestly can't say that I blame them for taking you up on your generous offer.

Here is an example of Prime Whore (I've lost count of how many girls I've fucked within an hour or two of meeting - and I'm just an average guy, pleasantly ugly at best): 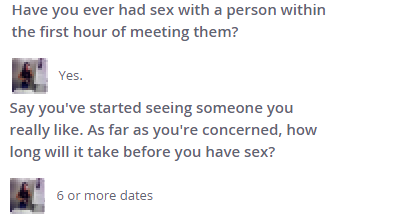 Giving it up with a snap of the fingers for someone they don't really like, making the guy they like wait. How fucking sweet of this two-faced hypocritical cunt. 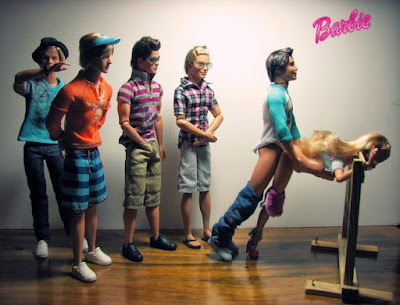 Or learn to be strong.

Brought to you by Crap-Colored Glasses™, only $1k the pair and cheap at 10x the price.
Posted by Black Poison Soul at 19:49