Man Up And Marry That Foreign Whore

On my post about becoming an Expat And Staying There, commentor Quatermain makes a very simple and common-sense observation:

Which started me down the logic-chain. I posted the comment, then realized that it deserves its own post. Foreign girls - despair! Western girls and mangina's and white-knight motherfuckers - you'll probably be screwed up with a mixture of being overjoyed and pissed off no fucking end. Because Western men are starting to wake up to the fucking bullshit.


Exellently put, and I've often wondered myself. These women must know that Western Men have completely different viewpoints and values to them, yet they still chase them. Why?

As (I think) I've mentioned before: How do I know that a foreign woman is really high-class? How do I get to walk amongst the social strata where high-class foreign women exist? (Hell, I worked my way out of poverty and have been unimpressed by the "quality" of our local high-class women, including some who are drug-using millionaire heiresses from England.) Why should such high-class foreign women want to marry a man who has such divergent world-views and values than she does?

This chain of logic simply illustrates that the "high-class women" are overwhelmingly likely to be the local low-class trash and good-time girls looking to settle down with someone who has money. Western Men really aren't going to know the difference between local class and trash, short of staying there for 5+ years and getting to know the language, customs, locals, etc.

Especially when (for example, in Bangkok, Thailand) Western Men are nearly overwhelmingly viewed as sex tourists and easy marks with lots of money. We don't know if they're a ladyboy (though most will admit it), a whore (most will admit it), a good-time girl (aka butterfly girl - most won't admit it because of the social stigma), a pleasantly ordinary woman, or a high-class woman. We are simply ignorant.

Sadly, this chain of logic then shows that foreign trash is likely better than our home-grown trash. They happily chase Western Men because their local Men don't want trash.

Which brings up interesting thoughts regarding social status. A woman who marries any Man immediately takes on his social status and standing, simply through becoming married. It doesn't matter if she was a whore, slut, waitress, whatever. So if a whore marries a millionaire her status goes through the roof (see the movie Pretty Woman).

When a foreign whore marries an equivalent millionaire Western Man and stays in her home, her status goes through the roof (locally). She moves to the West with him and her status plummets to "normal" - better than "whore" yet a far cry less than the "millionaire" status she had momentarily achieved. Is there a wonder that she turns toxic upon getting into the Western environment?

These girls look exotic to Western Men's eyes, therefore they are generally pretty in Western Men's eyes. Their demeanor is generally going to be more pleasant than Teh Western Wimminz, because they never lost sight of the fact that it's far easier to lure your prey with honey than vinegar.

Yes, Pretty Whore. Marry that Millionaire. You deserve it! 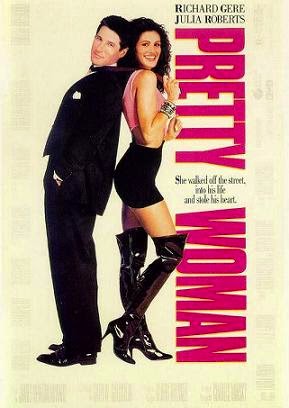