From the chorus of completely crazy cunts: 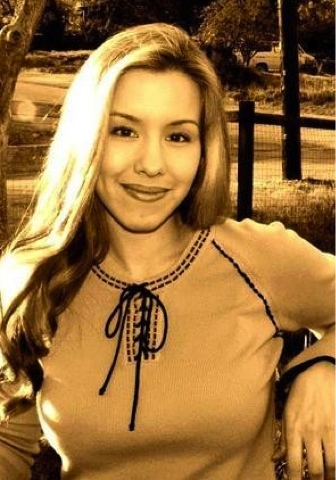 May 2008, Jodi Arias killed her ex-boyfriend Travis Alexander. How she did it: stabbed him 27 times, shot him in the head, and slit his throat (nearly decapitating him). Amnesia about the murder yet can recall minutiae about their sex acts, while her sexts/voicemails/etc with Alexander bring new meaning to the concept of "enthusiastic consent".

We men have to make extra-special-sure that the girl grabbing our crotch, painting the inside of our ear with her tongue, and dry-humping our leg is actually wanting and consenting to sex. Even in the imaginary genderless world of Feminism we boys have to get that enthusiastic consent from the girls. The reality-disconnect of genderlessness has yet to be exploded, and probably will never be.) 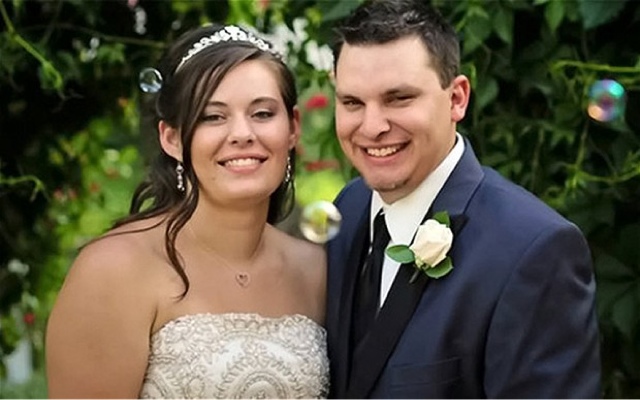 July 2013, Jordan Linn Graham pushed Cody Lee Johnson, her husband of 8 days(!), off a cliff in Glacier National Park. Initially told investigators that her husband left their home with unidentified friends in a dark-coloured car. She has been released on bond because she doesn't pose a flight risk or risk to the community.

It took 5 years to convict that crazy cunt Jodi Arias, with an enormous waste of time and money. She fought it to the end and expressed her "shock" at the final verdict. She felt that she had so much to give to the community. A couple of the beauties that she pulled out of her ass in her defence (in the form of a PowerPoint presentation):

Teach fellow inmates to read. “I know reading has enriched my life by expanding my knowledge base and opening my eyes to new worlds and different cultures. I, too, can help other women, so they can add that dimension to their lives.” <---- one crazy motherfucker, only mentions other women LOL

Sell “Survivor” t-shirts to help “other victims of domestic violence.” I fuck you not, she still claims that she was a victim of domestic violence - despite all evidence to the contrary. Yet hey, when you can do this, you can make a tremendous difference to women's lives: 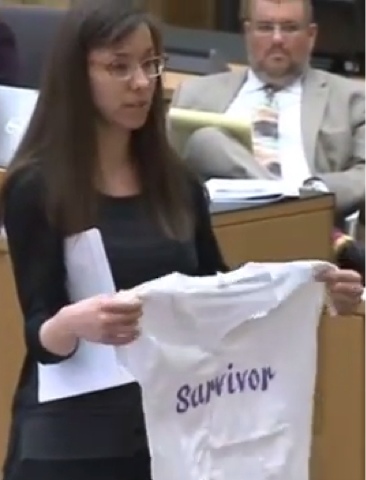 Conservative estimate: $500k a year. Five years. A good $2.5 million cost to the taxpayer - out of your fucking taxes - which would have been much better spent on, I dunno, how about paying for some decent schooling for a bunch of kids. Maybe even decent college/university education for five promising medical students for five years, so that they don't start with $100k in student debt.

How much do you think that Jordan Linn Graham will cost? Another five years and $2.5 million dollars?

The complete disconnect between the minds of these people, the bullshit wastage that society tolerates, and reality - is utterly astounding.

We cannot support this bullshit. It takes a tremendous surplus in production to be able to afford this load of superfluous garbage. Yet, listening to this crap - knowing that its happening - and more, we're expected to produce tremendous amounts extra to shield ourselves from these parasites - it becomes completely demoralising.

Yet, we still have crazy cunts like Whitney around - they are actually surprisingly common in the world. (Kudos to you for divorcing that childish lunatic. You the man.)


In what world is this behaviour considered sane, decent, and normal - because I absolutely refuse to buy into it.

When this dogshit is prevalent, there is no incentive for men to produce anything extra. The women can only, honestly, blame themselves. They did it themselves. Men, quite rationally, refuse to take it and therefore refuse to make the extra production that our shitty society needs to function in the way that it currently does.

As a society we are truly and completely fucked.

Laugh at this stupid poison...hoist a drink...and watch it all fuckin' burn.
Posted by Black Poison Soul at 21:46